Let’s look at the difference between learning alone using vocabulary lists and learning in real life situations. Which is best and why?

Should I Study Using Vocabulary Lists?

In Japan, I found that the word 降車 is perhaps not so commonly used in everyday speech, even though I was studying words like this a lot at home.

It took me one day to remember a new word when using it in real life, but it often takes me weeks to memorise a word when studying at home.

It’s not hard to learn vocabulary, but you need practice to know when they’re suitable.

Example: You can learn that “mate” means friend from a vocab list or text book. But you won’t understand the nuance behind it until you spend more time with British speakers or immersed in the language in some way. Despite the fact that “mate” means “friend”, it’s often used for total strangers and, when used with true friends, it can sound quite distant and strange.

Another example is knowing how to thank people. There are many thanks yous in English (Thanks, thank you, thanks a lot, cheers, ta…) and a textbook might say they are similar. But learning the difference is hard to do without lots of experience and observation.

It’s a good idea to supplement your learning with vocabulary lists and independent study, but, if possible, you need to experience English in its natural form to learn to nuance of every word.

This ties into the link to culture as well. It’s important to understand the culture of the language you’re learning to fully understand the way words are used. 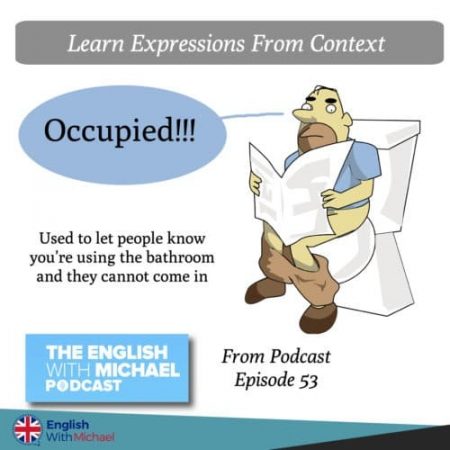 What can I do?

My advice is always the same around this topic – if you’re unable to meet real native speakers, find someone online to talk to, or get a teacher (italki), or even just watch more movies and TV shows in English. The ideal situation is going to The UK and meeting lots of people to practise, but if that isn’t possible there are ways to replicate this.